This is the second release during this month. It is not, as you might expect, a bug release. It has some cool features, too

First of all, let me present you one feature I was planning for a long time. Printing the metadata from the radio stations.
In the case of the Internet radio stations, the "metadata" is a chunk of information that gets sent inside the audio stream. It usually consists, at least from the radio station's name, but, often they add  the title of the currently played song.  Most of the Internet radio players are able to display it, and VLC is no exception.  So, TV-Lite can also do it, right now, even in a nicer form, right on its "screen". 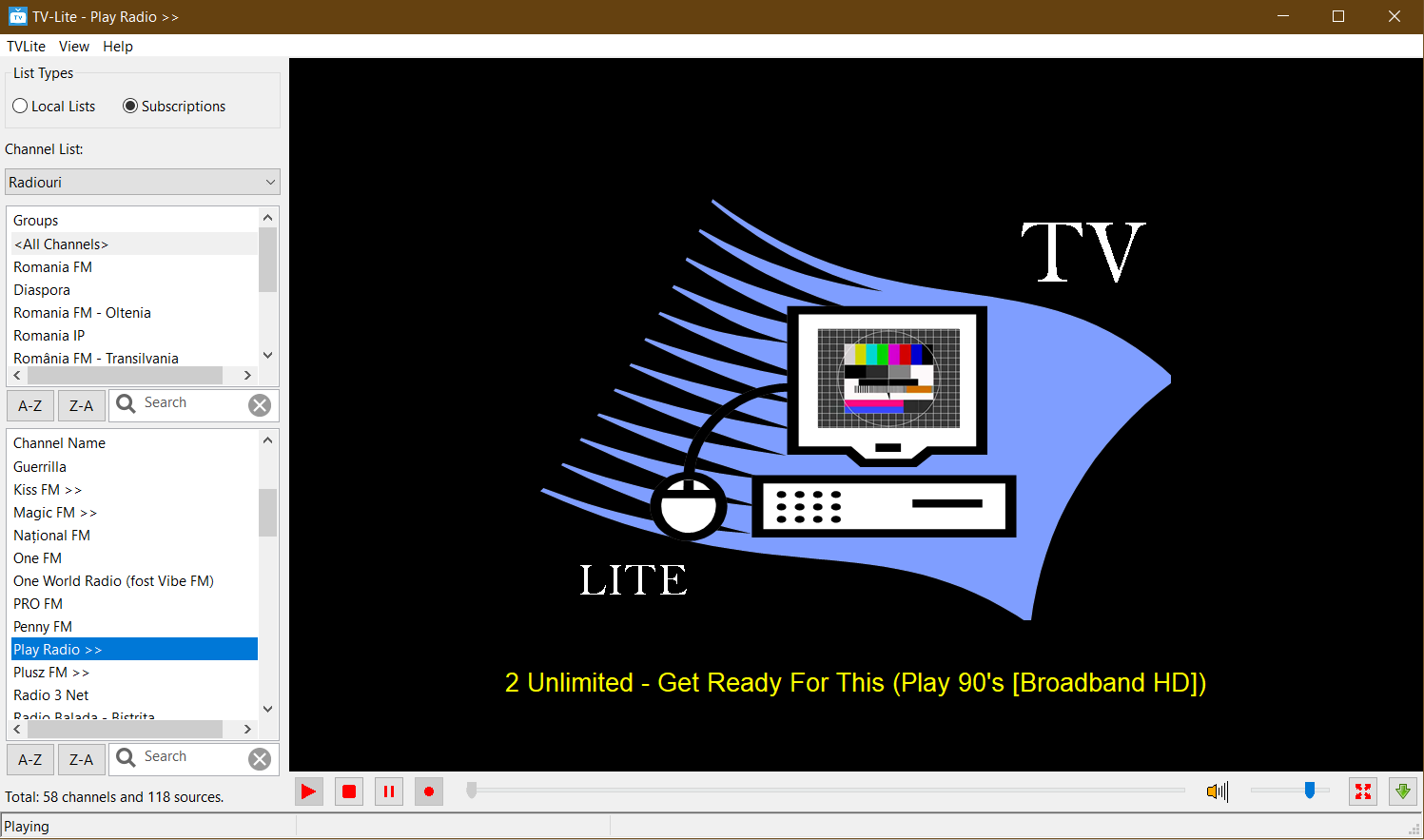 If the "screen" is out of sight - the application is minimized, or some other window covers it, a notification will pop up, at the moment this metadata changes,
If these notifications are bothering, they can be deactivated from the "Preferences" dialog. You will spot the checkbox in the "General" tab. 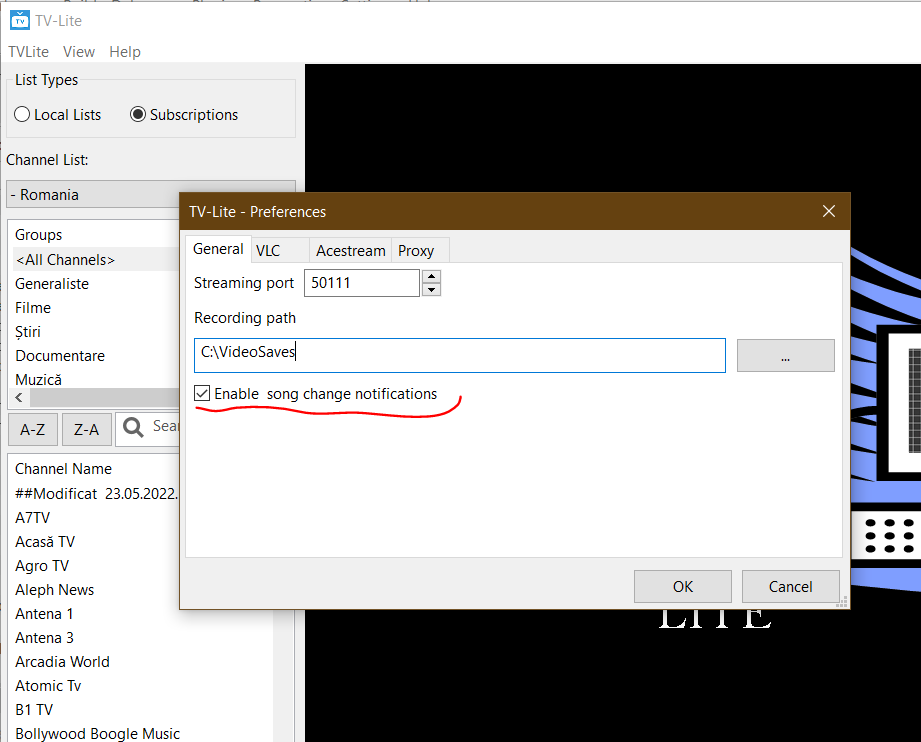 And now, it is the time the usual list of bugfixes:

- [Enhancement] - When adding a new subscription, the desired subscription name can be also added. This is useful in case of the M3U list, which don't have a name, as opposed to the TV-Maxe lists which come with their own name.
- [Enhancement] - The streams are now continuously polled for the multiple tracks. I noticed that it is sometimes possible for such tracks to escape detection at the beginning of the playback.
- [Fix] - The movie slider will, hopefully, not display erroneous timecodes any more. Some HLS streams seem to be incorrectly configured to carry such timecodes, which are confusing.
- [Fix] - TV-Lite showed increased CPU usage, even when idle (20% CPU and above).
- [Fix] - Once some VLC options were added for a stream, it was impossible to completely clear the option list.